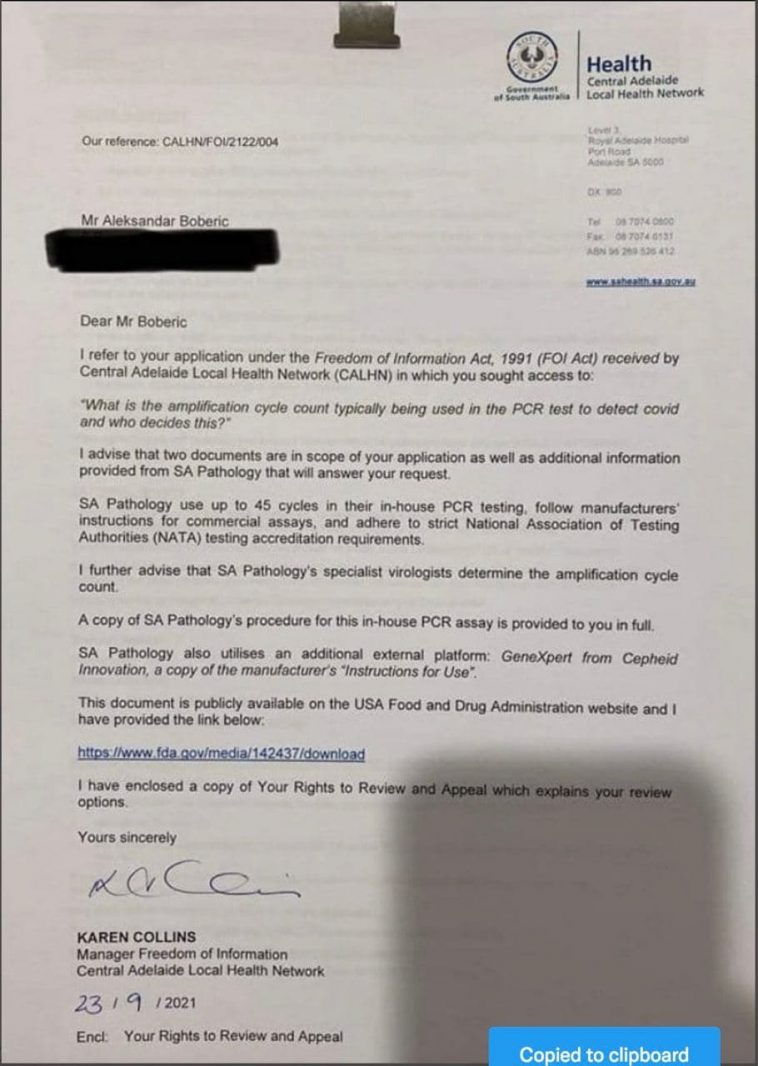 A Freedom of Information request has revealed that PCR amplification cycles used in Australia are up to 45 cycles. Even Anthony Fauci admits that anything in the high 20s and over will be picking up dead nucleotides. I.e. is meaningless with respect to infection or active ‘cases’.

This FOI response confirms that Australia’s emergency powers, police state tactics, effective martial law and demolition of citizens’ rights have been based on a scientific nonsense.

Given that it is common knowledge that 45 amplification cycles generates junk data, this represents the fabrication of a pseudoscientific rationale for totalitarian control.

It is the paper trail of tyranny in medical disguise