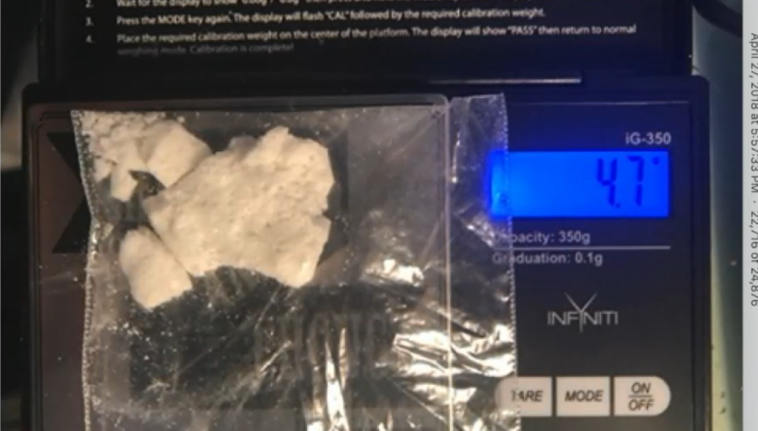 An anti-CCP group called “The New Federal State of China” is now releasing Hunter Biden sex tape footage in order to show the depth of CCP infiltration and how compromised / owned the Bidens are specifically.

They claim to be dropping new stuff every hour. Will update this thread with new drops.

WARNING: Links are very NSFW. The posts have text but even video previews are sexual.

Video of Hunter getting a foot job while smoking crack

Hunter naked in the bathroom a chick

Warning about other photos being shared: It might be false, or disinfo to obfuscate what’s real and what isn’t.

This will be used to write EVERYTHING off as “fake”.

Be vigilant, check sources and help educate others what is what.

(One example – a credit card that appeared to belong to Obama’s daughter next to racked up lines of white powder, was actually from 2019, so not related to these releases today.

I will only share the new drops that happen in the following days, to try to keep clear record of what’s being shared.

If anything gets disproven, I will update here to make everyone aware.

Continue to verify, check sources and question everything.

Why do these matter?

Here’s the group’s explanation about how China uses this type of information to blackmail.

Easy to see how they could use this to control Biden – especially as this seems it is only the tip of an enormous iceberg. 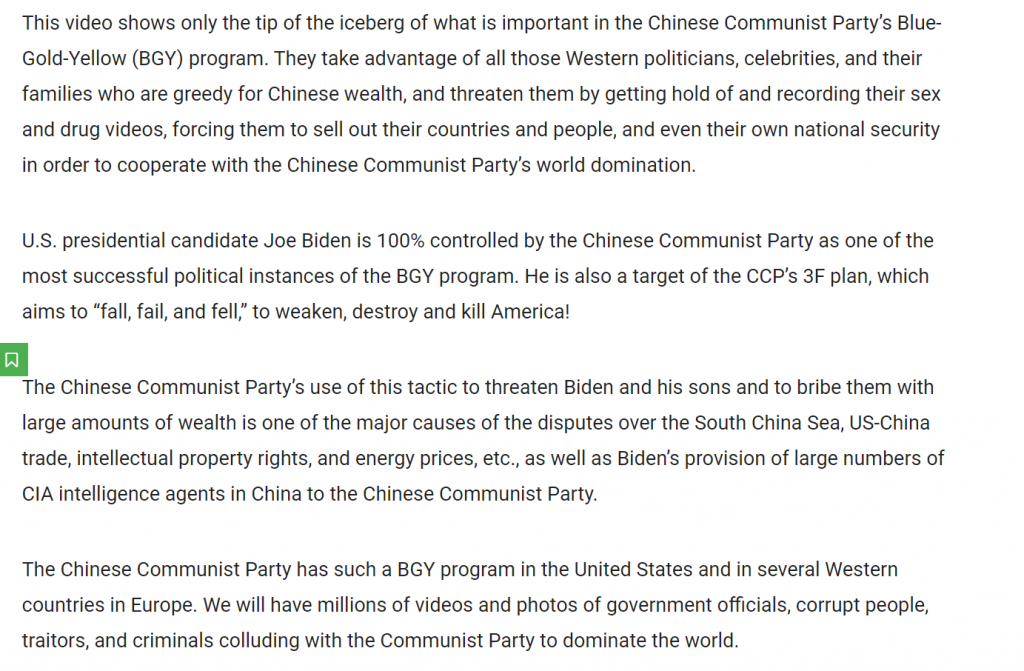 Initial statement from The New Federal State of China below:

We apologize if the video from Hunter Biden has caused you any serious discomfort! But it is for the sake of justice that we, the New Federal State of China, have made this video public. Because the friends of the communist are our enemies.

This video shows only the tip of the iceberg of what is important in the Chinese Communist Party’s Blue-Gold-Yellow (BGY) program. They take advantage of all those Western politicians, celebrities, and their families who are greedy for Chinese wealth, and threaten them by getting hold of and recording their sex and drug videos, forcing them to sell out their countries and people, and even their own national security in order to cooperate with the Chinese Communist Party’s world domination.

U.S. presidential candidate Joe Biden is 100% controlled by the Chinese Communist Party as one of the most successful political instances of the BGY program. He is also a target of the CCP’s 3F plan, which aims to “fall, fail, and fell,” to weaken, destroy and kill America!

The Chinese Communist Party’s use of this tactic to threaten Biden and his sons and to bribe them with large amounts of wealth is one of the major causes of the disputes over the South China Sea, US-China trade, intellectual property rights, and energy prices, etc., as well as Biden’s provision of large numbers of CIA intelligence agents in China to the Chinese Communist Party.

The Chinese Communist Party has such a BGY program in the United States and in several Western countries in Europe. We will have millions of videos and photos of government officials, corrupt people, traitors, and criminals colluding with the Communist Party to dominate the world.

It doesn’t matter what country you come from, what ethnicity or color you are, or what party you belong to. The next person to be abused may be your daughter, your wife, your sister, so there are no party or ethnic borders when it comes to eliminating the Chinese Communist Party.

The next picture will be released in an hour, please stay tuned!