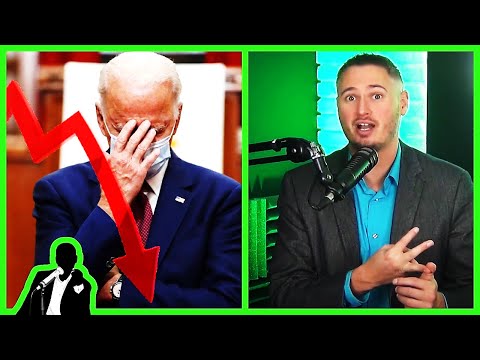 
Support The Show On Patreon!:
https://www.patreon.com/seculartalk

“The first time I ever really listened to Kyle Kulinski’s show was in the back of a cab last summer. The driver had his phone hooked up through the stereo and was pumping out an episode through the car speakers — loudly, as if looking to convert a captive audience.

The driver, Ahmed, was a recent immigrant and apparently a die-hard fan of Secular Talk, the political talk show that Kulinski broadcasts on YouTube. I told him, yes, in fact. I do like Kulinski, had come across his show several years ago, and, all things considered, he seemed pretty good.

“He understands what we’re up against,” Ahmed said. “Like Bernie.”

But I was surprised to hear Kulinski’s name mentioned in the same breath as Bernie Sanders, particularly with such adoration. Because what I did remember about Kulinski’s show struck me as mostly capital-P “progressive” takes on the news — the left wing of the Netroots crowd more than the democratic socialism Sanders has popularized.

With over 800,000 subscribers and nearly 670 million total views on YouTube, selling a progressive agenda is clearly something Kulinski knows how to do — even Democracy Now, the long-standing flagship of progressive media, cannot match his reach on the platform. Chapo Trap House can certainly boast a wildly devoted fan base (and a not insignificant degree of media influence), but their audience is roughly half the size of Kulinski’s.

While Secular Talk might be more likely to be looped in with the progressive networks around Air America and Pacifica alums like Sam Seder than the more resolutely socialist world, Kulinski’s fiery rhetoric, razor-sharp class instincts, and knack for withering takedowns sets him apart from his peers. Judging by his rhetoric alone, he’s closer to a Eugene Debs than a Chris Hayes.

But unlike Hayes, Amy Goodman, or his friend Cenk Uygur of The Young Turks — who began airing Secular Talk on his web network seven years ago — the thirty-two-year-old Kulinski is virtually invisible in the mainstream media. Despite his enormous fan base, his show has never once been mentioned in the obligatory trend pieces on “the Millennial Left” pumped out by the prestige media. Nor has Kulinski’s name ever popped up at all in the New York Times, Vox, the New Yorker, New York Magazine, or the Washington Post, despite his leading role in cofounding Justice Democrats, the organization widely credited with sweeping Alexandria Ocasio-Cortez and the rest of “the Squad” to power.

Just last week, his Wikipedia page was deleted. The reason? “There is very simply no [reliable source] coverage of this person,” according to one moderator. In new media, he’s king — the Sean Hannity of the Berniecrat left. In old media, he’s nobody.

I suspect there are a few reasons for that. There is nothing “cool” about Kulinski’s show. (As a friend put it, “‘Welcome to Secular Talk’ sounds like something you’d hear on Egyptian radio.”) His no-nonsense social-democratic politics won’t get him much cred with the Full Communism crowd. He records his show not in Brooklyn or Los Angeles, but in a studio he built himself in his modest Westchester home. His hair is too groomed and his taste in clothes too preppy to qualify as “Dirtbag Left.” Nor has he ever attended an n+1 release party. “Not only have I not attended one,” he says, “I have no idea what that means.”

And yet he’s astonishingly plugged-in for a young man in the suburbs. Wondering how Sanders ended up on the Joe Rogan Experience? Kulinski, a frequent guest on Rogan’s wildly popular show, introduced them. “You make the most sense to me,” Rogan told Kulinski on a recent episode. “You’re a normal person.”

Much like Sanders himself, Kulinski’s show has a massive audience that just doesn’t compute with our media’s understanding of “what the kids want” or even “what the left-wing kids want.”

It’s probably for the best — the very woke and very WASP-ish decorum haunting much of the media world is nowhere to be found in Secular Talk. “Corporate Democrats over-focus on identity as a trick to divert you from the issues that unite us all — class issues,” he said on a recent episode. “That Raytheon decided they don’t hate gays or trans people — frankly, I don’t really give a shit what their take on that is…”