Email all 76 Australian Senators in one click to demand the Australian Government bring Julian home.

Click the button to email all 76 Australian Senators right now and demand them to take action to assist Julian Assange’s fight against extradition to the United States and bring him home.

I have written an email ready for you to use if you wish. However, if  you can write the email in your own words, it  will be much more powerful and persuasive.

Demand that your concerns be addressed. Demand a response.

For everyone who takes the time to write a letter, the government knows there are dozens more who think similarly – so even a couple of hundred letters will make a huge difference.

Your opinion matters – and if we just get a few hundred people to do this, it will be impossible for them to ignore.

We’ve laid out a sample letter below. Feel free to put this into your own words.

I am writing to demand you take action to assist Julian Assange. He must not be allowed to be extradited to the US to face a politicised trial.

You must not sit idle while an Australian citizen is being pursued by the US Government for journalistic activity undertaken while in the UK.

You must act now.

The Australian Government has been silently complicit in the psychological torture of Julian Assange. You have been complicit in the attack on a free press. You are threatening values we treasure in our society – a journalists right to publish, and a citizen’s right to know.

His indictment under the Espionage Act and the Computer Fraud and Abuse Act is a watershed moment for press freedoms, condemned by media groups and civil liberties organizations from the ACLU to Reporters without Borders to the editors of the Washington Post.

As the New York Times Editorial Board warned, the charges are “aimed straight at the heart of the First Amendment.”
https://www.nytimes.com/2019/05/23/opinion/julian-assange-wikileaks.html

“He’s an Australian. He’s not American. He wasn’t in the US when he spoke out about war crimes. Put simply, he must be allowed to return to Australia.”
Andrew Wilkie, MP & Co Chair of the “Bring Assange Home” Australian parliamentary group.

He is facing extradition to the USA to face 175 years imprisonment and possible execution for publishing news material that was in the public interest.

The information contained in his publications were not sourced by him, but rather were delivered to him by whistleblowers.

Whistleblower sourced information is the usual occupational practice of an investigative journalist in a functioning democracy. This case highlights clear human rights abuses of Julian Assange, serious perversions of justice and a direct attack on the very fabric of democracy across western democracies.

92% of Australians, according to 60 Minutes Australia, want the Australian Government to intervene and Bring Assange Home.

As Jeremy Hunt, British MP said:
We must “stand together to make it an international taboo, of the highest order to murder, arrest or detain journalists just for doing their job”.

Julian Assange has been determined by the United Nations Special Rapporteur on Torture or other Cruel, Inhuman and Degrading Treatment or Punishment as being subjected to psychological torture – a “crime against humanity” according to the International Criminal Court (The Hague)

It is now your responsibility to act. It is your duty to stand on the right side of history – for a free press, for protecting journalists and for Governments to be held accountable by informed and free-thinking citizenry. 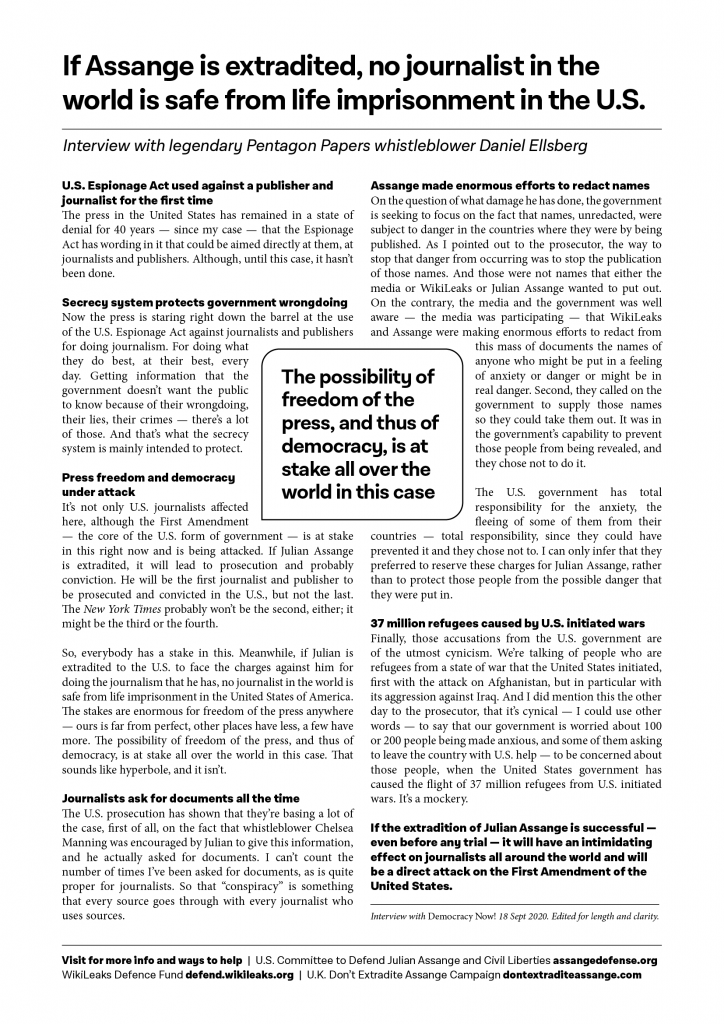 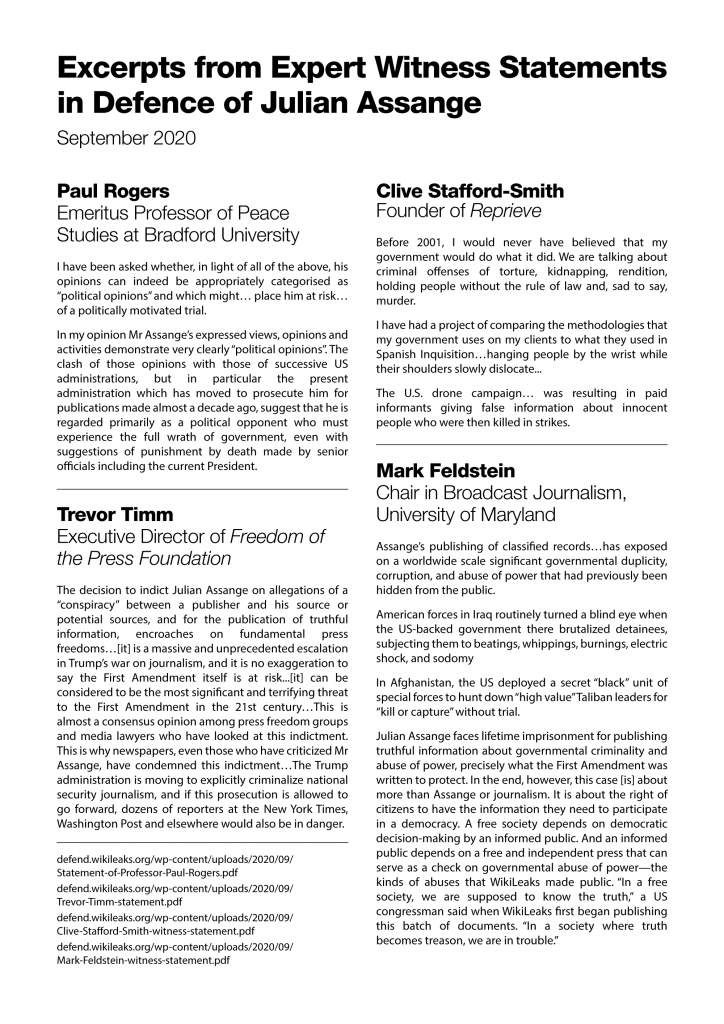 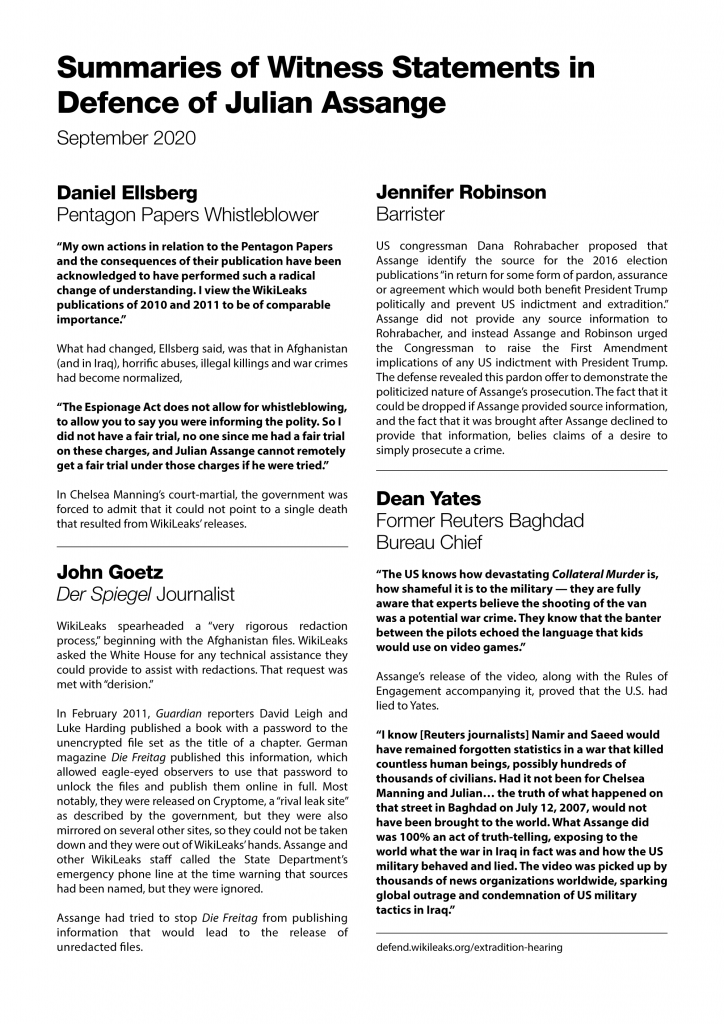 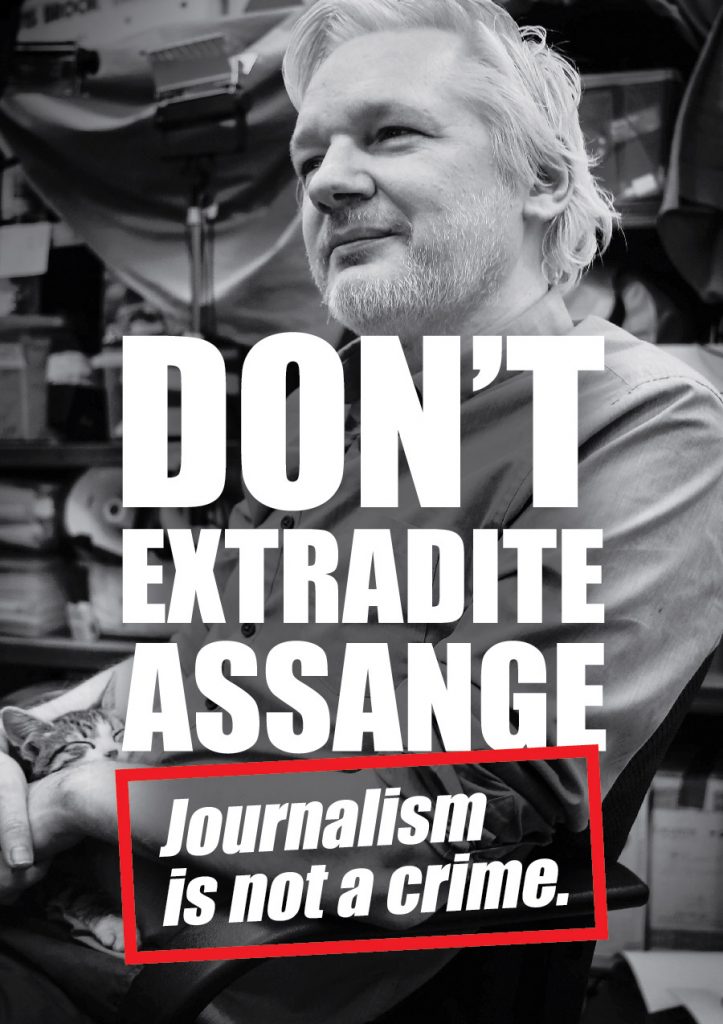 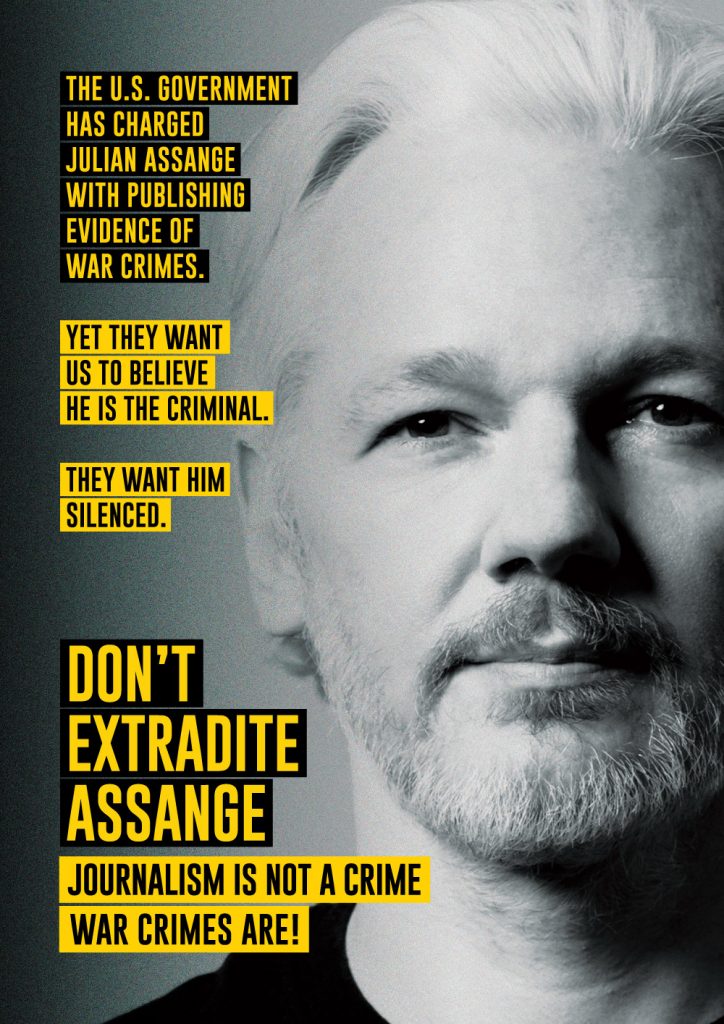 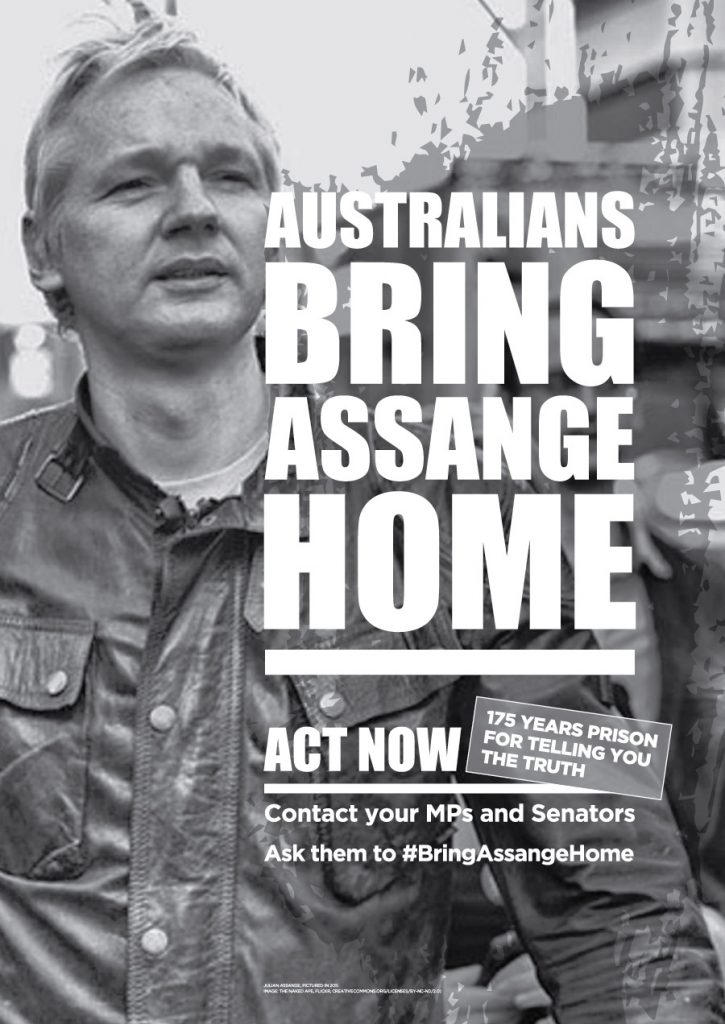