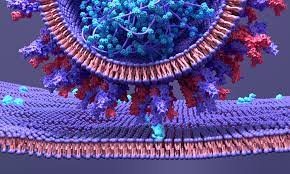 Look how the write-up at this link has a good description of the vaccine types except that it simply includes Covid19 ‘vaccines’ into the rest with a blandly disingenuous ‘safety assurance’ instead of any specific description of the actual method of action!

You can see that all other vaccines introduce something (live virus, attenuated virus, or toxic germ byproducts) which provokes your body to have an immune response.

This is your body’s natural production of antibodies, which are a type of protein called an immunoglobulin, made by white blood B cells, that floats around your body in blood and fluids identifying and neutralizing foreign objects (called antigens) such as pathogenic bacteria, viruses, cancerous cells, and pollens, by chemically binding to unique molecules on the surface of the antigen and blocking them from entering your body’s cells, rendering them immobile, or causing a chemical reaction targeting them for destruction by other immune system cells like macrophages (which “eat” the antigen) and T cells (which destroy infected cells and help regulate the immune response).

The antigen receptor binds to a portion of the antigen’s surface, an area called the antigenic determinant or epitope, like two chemical puzzle pieces, an event that is necessary to activate B-cell production of antibodies.

Other things happen in your immune system that include various ways these white blood cells help “remember” each individual antigen and work to prompt a fast response, constrict blood flow, control clotting, and secrete cytokines (which are signaling proteins that prompt inflammatory responses among other things).

So what’s different about the SARS-COv19 mRNA vaccine ?

The link says that “mRNA vaccines make proteins in order to trigger an immune response” and “they do not contain a live virus”, a huge understatement bordering on outright lying by omission, as is the explanation entry for the “alternative” vaccine type, “Viral vector”, described as using “a modified version of a different virus as a vector to deliver protection”.

What they don’t tell you is that the mechanism of action of BOTH of these is to deliver an artificial genetically-engineered pseudo-virus payload that hijacks the machinery of some of your body’s own cells and makes those cells start pumping out copies of a particular portion of the CCP virus — the spike protein (this is a protein on the CCP virus that is particularly good at grabbing onto ACE2 receptors on the surface of human cell walls, a key step in infecting the cell). The hijacked cells in your own body pump out these spike proteins until the cell eventually dies.

That’s supposed to have the effect of triggering an immune response to the spike protein as the antigenic determinant, rather than whatever your body might naturally form as an antigen receptor to the CCP Virus (like a dog that barks at anybody with a hat, instead of recognizing the face of the hatted guy who threw stones).

The only difference between the “mRNA” and “Viral Vector” types is the delivery technology used to hijack your cells. The former uses something like a string of polypeptides fused to an targeting ligand (that binds to your cell surface to moves the payload through) and the latter substitutes a genetically-altered Virus that’s good at infecting humans (Adenovirus) in place of the macromolecular biotech.

Pharma companies have been chomping at the bit to get this technology into use because in theory it allows them to start doing all kinds of new things that aren’t limited by the problems of delivering sufficient amounts of drug into difficult to access areas of the body, so you can understand why they’d happily respond “Sir! sir!” to Trump’s inquiries about the possibility of finding a vaccine.

In theory, for instance, they can identify a specific receptor present on a certain diseased cell, target that cell or one nearby with a targeted ligand, and then deliver a hijacking payload to make your own cells manufacture the therapeutic right where it’s needed, or even just trigger your own immune system to take action (or various other things usually involving killing some cells and not others).

However, they’ve been testing this technology for 20 years without getting approvals because every practical application (Swine flu, SARS, Zika, Bird Flu — they funded research on the backs of all the recent “outbreak panics”) has had the unfortunate side effect of killing or causing fatal problems in all the test animals. Oops!

The problem is that the newest test subjects (your fellow humans) are demonstrating that many of those same problems haven’t been solved. The spike proteins themselves, and the immune response they trigger, seem to be a major factor in mortality from both the CCP virus and the vaccine.

The immune response is having unwanted complications that lead to cytokine storms of out-of-control inflammation, blood clotting issues causing heart issues, macrophage elimination issues that lead to dead-waste macrophages building up within lungs, cancerous cell development, blood-brain barriers transfer and neurological disorders, attack of tissues bound to the spike proteins or with ACE2 receptors that naturally occur, and a non-neutralizing antibody response that greatly increases the risk of Antibody Dependent Enhancement, in which biochemical pathways allow binding to viral antigens without blocking or clearing infection, often creating a pathway for secondary infections with heterologous strains to more easily enter cells, resulting in increased viral replication and more severe disease (ADE in respiratory infections is included in a broader category named enhanced respiratory disease (ERD), which also includes non-antibody-based mechanisms such as cytokine cascades and cell-mediated immunopathology).

Hopefully that explains it in a more fulsome way.