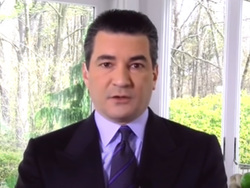 
Pfizer board member and former FDA Commissioner Scott Gottlieb weighed in on the new documents showing that the NIH did fund research at the Wuhan Institute of Virology despite repeated assurances from Dr. Anthony Fauci that it did not.

“Whether or not this [research] was gain-of-function is a political and legal discussion,” Gottlieb said. “The bottom line is they were doing research on viruses in that institute that was making those viruses potentially more dangerous to humans. And handling the viruses in ways that could potentiate their release, particularly by infecting transgenic animals that have fully-humanized immune systems.”

“They were doing things in that lab that could have led to circumstances where a virus that was purposefully evolved in ways that it could be more dangerous to humans could have escaped,” he explained.

“What’s revealed by these documents are two interesting details I previously didn’t know. First, there was experimentation being done on MERS-like coronaviruses, not just SARS-like coronaviruses. Second, they affirmed what we suspected about coronavirus research being done at other institutes around Wuhan… at a level three biocontainment facility.