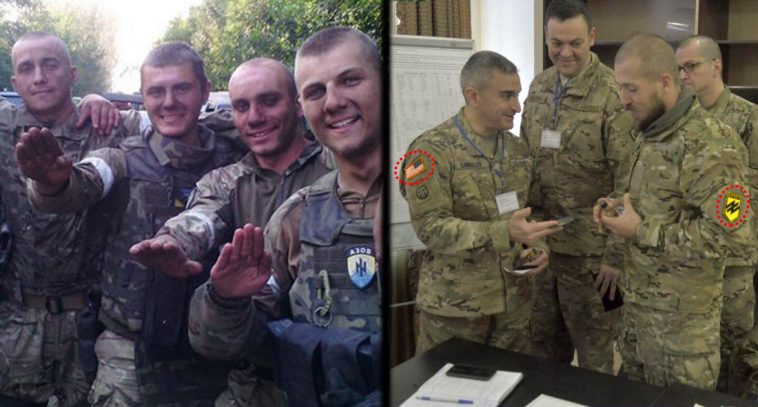 
Known as a bastion of neo-Nazism, Ukraine’s Azov Battalion has received teams of American military advisors and high powered US-made weapons. Last November, an American military inspection team visited the Azov Battalion on the front lines of the Ukrainian civil war to discuss logistics and deepening cooperation. Images of the encounter showed American army officers poring over maps with their Ukrainian counterparts, palling around and ignoring the Nazi-inspired Wolfangel patches emblazoned on their sleeves. Azov is a militia that has […]