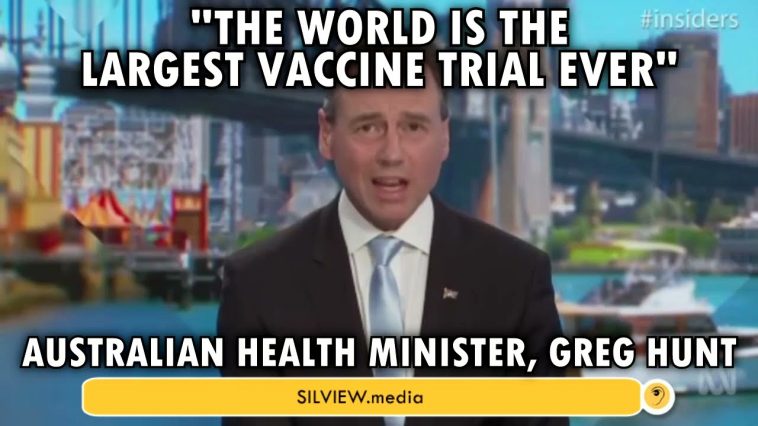 We keep hearing repeating “it’s safe, it’s safe, it’s proven safe” and “A lot of people are taking it, it’s been approved” like propaganda slogans by both TV news and officials who can’t seem to produce any real science data or even a relative risk matrix.

So let’s put the Vax in perspective, without any speculative theory or presumptions of conspiracy:

Let’s look at the biology first.

CCP virus (despite being an engineered bioweapon) is generally behaving as a normal pathogen does, and even serious cases can now be treated with well-established therapeutic remedies, and it’s fair to predict increasingly better outcomes as doctors benefit from a body of knowledge accumulated over decades to inform improvements

Side Effects and Mutations

Vax side effects and Vax-selected strains of Covid mutations are less predictable because their causative novel and artificial source is novel and disconnected from normal biological behavior.

So that’s the biological side of things, and so far we have a relatively low-risk virus almost exactly as dangerous as a flu, treatable with effective therapeutics that have good safety records, and undergoing normal and predictable natural mutations under evolutionary pressures that lead to less fatal strains and herd immunity… vs. a marginally effective Vaxx that offers unknown amounts of long-term protection and is likely to have effects on viral evolution that are negative or unpredictable.

This could likely lead to the evolution and spread of more deadly strains, and also introducing an element of unpredictability and artificial risk into all future treatment modalities, including future vaccination efforts.

And that’s before we include risks coming from the Vaxx itself.

Existing therapeutic treatments have a half-century or so of safety data, predictable risks and risk mitigations, and proven efficacy.

Some (HCQ-zinc, Ivermectin) are incredibly cheap to produce and distribute, others (monoclonal antibodies) are amazingly effective, extremely well-understood, and very low-risk.

The Vaxx is based on novel technology never tested in humans before its emergency use authorization, and its ‘large study population human trials phase’ has been collecting data for only about 7 months.

A massive surge in deaths and side effects tracked on VAERS, surpassing the combined amounts of the entire history of traditional vaccines.

New consequences and serious side effects are emerging every week, The spike proteins themselves, and the immune response they trigger, seem to be a major factor in mortality from both the CCP virus and the Vax.

The immune response is having unwanted complications that lead to cytokine storms of out-of-control inflammation, blood clotting issues causing heart issues, macrophage elimination issues that lead to dead-waste macrophages building up within lungs, cancerous cell development, blood-brain barriers transfer and neurological disorders, attack of tissues bound to the spike proteins or with ACE2 receptors that naturally occur, and a non-neutralizing antibody response that greatly increases the risk of Antibody Dependent Enhancement, in which biochemical pathways allow binding to viral antigens without blocking or clearing infection, often creating a pathway for secondary infections with heterologous strains to more easily enter cells, resulting in increased viral replication and more severe disease.

Finally, consider the trustworthiness of information:

An existing body of research on masks, lockdowns, herd immunity, and virus behavior was contradicted by the ‘experts’ beginning in 2020.

Public health officials are proven to have taken actions that contravene their own advice, orders, and recommendations

Information suppression goes against good practice of medical science and public health administration, yet was encouraged and engaged in by multiple levels of the health industry apparatus.

The process of determining treatment recommendations was turned on its head, reversing the direction from practicing doctors evidence filtering up and collected by administrative bodies, into one where administrative bodies set rules limiting what clinical practitioners could even attempt, based on theories and models.

Virtually every model used and guidance issued, when measured by real-world outcomes, was proven erroneous.

Certain lies and falsehoods, for which we can examine their origins, have been demonstrably purposeful and politically motivated, not made from an abundance of caution or misunderstanding of data.

Financial and other types of perverse incentives were put in place that skewed data in a direction to support narratives to cause fear and hysteria.

Reversals and measurement changes took place that corresponded to political needs, rather than any new data.

The same people involved have a proven history of mismanagement and failure, which is ignored by the media.

Falsification of data, obfuscation of definitions and terminology, and concealment of discussion, methodology, and research are taking place.