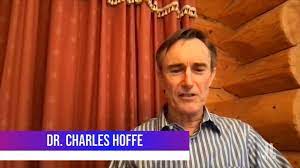 Watch this short video with Dr Charles Hoffe – and become fully informed and aware of the risks.

A more detailed explanation of the micro-clotting:

Approx. 75% of the 40 trillion mRNA spike protein-generating vaccine molecules in a single dose leave the local shoulder tissue and collect through the lymphatic system into the circulation system and are absorbed into networks of tiny capillaries of the vascular endothelium.

This is where the spike proteins manifesting from the cell wall around blood vessels turns them rough instead of their normally smooth surface, which blood platelets interpret as a damaged vessel — making clotting inevitable.

The scattered microclots were tested by a D-Dimer test that (preliminarily) showed 62 percent of vaxxed people exhibit signs of clotting byproducts, and are consistent with post-vaxx symptoms, such as headaches caused by cerebral thrombosis of the capillaries — thousands and thousands of microscopic clots in brain.

The blood vessels are permanently damaged and do not regenerate, and where it occurs in the lungs, leads to pulmonary arterial hypertension, high blood pressure in the lungs that usually leads to death by heart failure within 3 years.

Specific ‘top contenders’ for Causes of severe Vaxx side effects happening to different patients depending on random distribution of the Vaxx capsules, patient predisposition, environmental factors, and underlying health conditions:

A subject primer on method of action — Is the mRNA vaccine a “real” vaccine?

Partial Transcript of this webinar

Partial Transcript of Dr. Charles Hoffe Interview on how mRNA Vaccines: How they cause Blood Clots, and the increased dangers of Heart Failure!

Thanks to Hamad Subani from Cabal Times who transcribed the following from a video interview of Canadian Doctor Dr. Charles Hoffe,

Hamad says, “I have decided to transcribe some statements of Dr. Hoffe because in my opinion, they are the most eloquent description (so far) of how mRNA based vaccines (Pfizer and Moderna) induce blood clots.”

Dr. Charles Hoffe believes that the mRNA vaccines create microscopic blood clots in the capillaries of the vaccinated and at least 60 percent of mRNA based vaccine recipients could eventually succumb to heart failure!

Dr. Hoffe believes that the blood clots which have made it to frontline news by inducing heart attacks and hospitalization are actually the minority.

The majority of the blood clots are microscopic and remain undetected, unless D-Dimer tests are performed within a specific timeframe.

Unfortunately, Dr. Hoffe’s quest to gather patient data on this phenomenon has been disrupted because “wildfires” destroyed his practice, and 90% of the town of Lytton.

[………] the last time you interviewed me was actually about I think in mid-April. And this was soon after I had sent my open letter to Bonnie Henry which got me into quite a lot of trouble because I was asking awkward questions around that time.

One of the things that I have always been passionate about is patient safety. Patient safety and Medical ethics.

And basically the bedrock of Medical ethics is the Hippocratic oath which is to do no harm. In other words, doctors should not be harming people.

And so, I initially spoke up because this is an experimental vaccine that has clear evidence of harm. And as you know, vaccines are not given to sick people.

They are given to healthy people to stop them from getting sick. That is what the purpose of the vaccine is.

So because vaccines are given to healthy people, there should be an absolute zero tolerance for them…for vaccines making a healthy person sick.

And so that’s why I got upset when I saw my patients being injured….very seriously injured by this vaccine that was supposed to be keeping them safe.

And when I was last interviewed with you, I had mentioned…you asked me about my letter to Dr. Bonnie Henry…. I had three people at that time in my practice who appeared to be permanently disabled by their Covid vaccine.

Well, the update on that is that it is now nine people! I have nine people in my medical practice who appear….and its now five and a half months….since their Covid shot….are permanently disabled by their vaccines. And it either from lung problems or neurological problems.

And so..so because I am passionate about Medical ethics, which is to do no harm, and about patient safety, which is in other words, doctors should not be injuring patients, especially healthy patients…you know these aren’t sick people, these are healthy people.

So…so as you know…I mean from my advocacy for patient safety, the Medico-political mechanism has come down on me. I lost 50% of my income by not being allowed to work as an emergency doctor anymore.

So this fire which wiped out my medical practice last week has now deleted the rest of my income. So I went 50% to zero and lost all…I didn’t have insurance on the contents of my clinic because I prefer to trust in God. God owns everything that I own.

My question to Dr. Bonnie Henry is, what has caused this injury? This is a new experimental treatment.

So what has caused the injury?

And as their doctor, how am I supposed to treat these people?

What am I supposed to do about them? And of course, there were no answers.

Because no one knew.

This is an experiment. ……since going public on this and trying to ask these serious questions, I have since received wonderful information particularly from a brilliant Immunologist and Medical doctor in Germany called Sucharit Bhakdi, and he explained to me how these vaccines work. And so that’s what I am going to explain to your listeners.

This explains exactly the answer that I was asking to Dr. Bonnie Henry about what is the mechanism of injury for all of these vaccine injured patients that I now have. So when the Covid vaccine is injected into your arm, we now know that only 25% of ot actually stays in your arm.

And the other 75% is literally collected by your lymphatic system and fed into your circulation.

So three quarters of these are taken…are connected by the lymphatics ….they go into your bloodstream in these little packages that are designed to be absorbed into a cell. But obviously when something is in your circulation, the only cells that they can get absorbed into is the cells around your blood vessels.

And the place where the absorption happens is in the capillary networks…in other words, these are the tiniest vessels where the blood slows right down….these are tiny tiny vessels. So these little packages of genes are absorbed into the cells around the blood vessels, that’s the Vascular Endothelium.

So…and the purpose of the Spike proteins is that your body recognizes this as a foreign protein and will make antibodies against it so that you are then protected against Covid. That’s the idea.